View members near you

There are literally thousands of sexual fetishes or kinks as some call them. From the common fetishes such as foot fetishes or spanking to far more obscure kinks such as Formicophilia – sexual arousal to insects!

Many people wouldn’t even consider themselves to have a fetish by simply enjoying a particular activity during sex. Fetishes are a very subjective topic. What we allow our members to do is indulge their sexual interests amongst a community of members who appreciate the kinkier side to sex without fear of humiliation or judgement.

Below you will find some of the more common sexual interests as indicated by our members and their meanings.

The interest in underwear, either worn by the woman or man during intercourse.

Arousal by watching or having sex with a person whom is smoking.

The enjoyment of wearing or being with a partner who is wearing PVC or latex. Often using in bondage scenarios, PVC can be work as masks, underwear, restraints, or full body suits. Pleasure is often derived simply from the look or feel of PVC rather than the sexual act itself.

The act of wearing clothing generally associated with members of the other sex. More commonly seen in men who enjoy wearing female clothing or underwear for sex but sometimes enjoyed by females.

Also known as wife swapping, swinging is when a couple engage in consensual sex with another partner. Commonly at pre-arranged swinging parties or sex clubs.

Acting out a role as part of a sexual fantasy. Roleplay often involves some form of dressing up.

Enforcing power or control over another person for sexual gratification.

To allow oneself to be controlled or dominated. Either mentally or physically as part of a consensual dom/sub relationship.

Ready to find your fetish partner?

Why not sign up to Fetism today to experience fetish dating in a relaxed, discreet environment and discover your kinky side today. 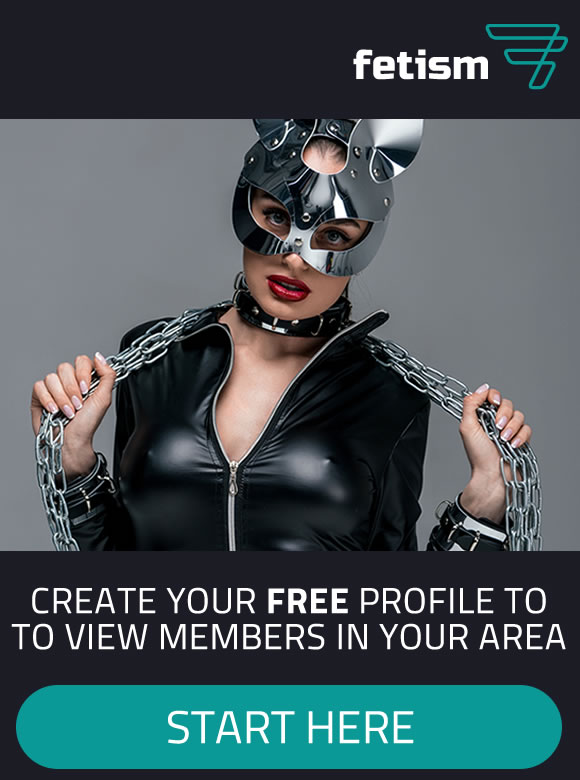